About Clay A. Henry 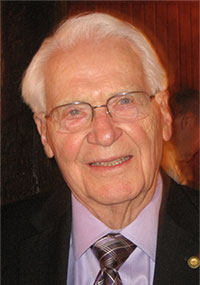 Dr. Clay A. Henry is an Author and Blogger who seeks to raise awareness of humanity’s spiritual nature. It was many years after his introduction to Christianity that he began to realize there was more to a spiritual faith-based religion than following a set of rules derived from the Bible. Instead, he gradually understood it to be an ever increasing, intimate and loving relationship with the Savior and Lord of the world, Jesus Christ. Stimulated by this remarkable discovery, he directed his thoughts, as well as thoughts expressed by many other theological and philosophical notables, to write his first book; Self Exposed. (Winepress Publisher, 2010). Thereafter, he wrote Your Health in a World of Conflict (Redemption Press,2014), Beyond Wondering about Murder from a Judeo-Christian Prescriptive (Xulon Press, 2018) and his newest book, The Evil of Incivility in a Broken World (Xulon Press, 2020).

Dr. Henry earned a PhD in Nutritional Biochemistry and Metabolism from Massachusetts Institute of Technology in 1968. Earlier, he received a DDS from Baylor College of Dentistry in 1960 and entered private practice of dentistry. He continued to advance his professional career as a teacher, professor, and researcher in the biological sciences at his alma mater. Always a man of strong conviction, he is a retired colonel having honorably served in the U.S. Army for over 20 years, spending his last tour of duty oversees during the Desert Storm war.

After 65 years of marriage, he lost his dear wife to cancer. He is a resident of Rockwall, Texas, and a member of an Anglican church. He has three daughters, four grandchildren and two great grandchildren.

Clay’s intentions are to seek and foster relationships with educators, writers and those who are “unafraid to expound their understanding of opposing value systems, such as treasured in secularism.” He hopes that his four books will ignite real discussion of the spiritual matters and looks forward to sharing his knowledge and learning with others.